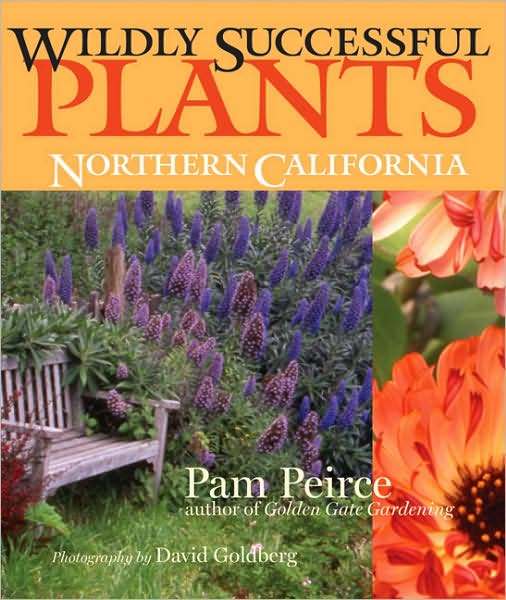 Peirce is extremely knowledgeable without appearing pedantic, and her books are filled with common sense and understanding of the foibles of gardeners who are busy people, doing their best. Her descriptions are full and interesting, and her suggestions for ways to use plants in the garden are practical as well as creative.

For each of her choices, Peirce provides interesting background information on the plant's horticultural and cultural history, offers suggestions for ways to use the plant in the garden, and gives advice on plant care, reproduction and control. She also includes information on hybrids and similar species along with an explanation of how the plant's name evolved. These mini-chapters are illustrated with excellent photographs and contain fascinating information not usually available in standard garden references.

Source and Uses
Though the purple- or white-flowered European Aquilegia vulgaris lost its place in European religious art, it remained a popular garden flower. When New World species began to arrive in Europe, starting with the red-and-yellow-flowered A. canadensis in 1640, Europeans found that they readily crossed, resulting in hybrids with new flower colors and proportions. Because both of these species had short spurs, the early hybrids were short-spurred as well and were often given the name “granny’s bonnets.” By the Victorian era, many more species had been brought to Europe from their habitats all through the nontropical Northern Hemisphere, and were being grown as species or used to create new hybrids.

Columbines are attractive in beds and borders or massed informally. They are also often grown in containers. While their bloom period is only a few weeks long, they do attract hummingbirds, and nothing else provides the same fanciful and delicate flower form. In addition, the leaves are attractive when the plant is not in bloom.

Care and Reproduction
Columbine grows best in soil that has had plenty of organic matter worked into it. Poor drainage will often kill columbine, so if your soil is heavy clay, adding organic matter to aerate the soil is particularly important.

Columbine plants are often available in small six-packs, which may not bloom the first year, or in 4-inch pots, which will. Most types should be set 1 to 1½ feet apart. Cut spent flower stems to encourage more to form. Some gardeners treat the plants as annuals, pulling them out at season’s end; others cut back dead leaves and wait for the dormant plants to reemerge in spring.
Columbines often die after only 3 or 4 years. You can prolong their life by dividing the plants every couple of years as they begin to grow in spring. You can also grow new columbines easily from seed collected as soon as you hear it rattling in the pods. While it can be sown indoors in winter or early spring, it will germinate best if sown in late summer, soon after it is collected.

Control and Removal
Seedlings generally grow near the parent plants, since the seeds fall rather than being blown or carried by animals. You will be able to recognize them by their distinctive leaves, gray-green and cut into leaflets with rounded lobes, and you can decide whether to pull and discard or dig and replant them. Seedlings in a planting of hybrid columbines are likely to have flowers different from those of the parent plants. Species columbines may cross, producing hybrid offspring, or may breed true.

If you don’t want any surprise variations from seedlings, remove the flowers as soon as they fade, so the seed can’t ripen. If seedlings do mature, you can pull plants with flower colors and forms you don’t like. Create more plants with traits you do like by dividing them. If you allow self-seeding and notice a long-term drift away from flower colors and forms you like, you can always add a few purchased plants with flowers you like better, to refresh the gene pool.

Unwanted columbine plants are easy to dig out. They form little thickened roots at the base of leaf sections, which could regrow if missed, but they are so near the surface that you are likely to be able to remove them all easily.

Varieties and Similar Species
Gardeners can now choose short- or long-spurred hybrids in a number of colors, as well as plants with yellow-variegated leaves. There are even doubles, which barely look like columbines. Most hybrids are based on two or more of the following species: A. vulgaris, A. canadensis, A. caerulea (blue and white, long spurred, from the Rocky Mountains), A. crysantha (yellow, long-spurred, from the southern United States), and A. longissima (yellow, long-spurred, from the southwestern United States). We can also grow these individual columbine species, as well as many others, including the red-and-yellow flowered California native A. Formosa, which hikers, to their delight, often happen upon in the spring.

The Name
Carl Linneaus named the genus Aquilegia (ah-kwih-leh’-jee-uh) from an ancient Latin name for the plant. One expects these fancifully-formed flowers to inspire fanciful names, and this seems to be the case, although there is a disagreement as to which fancy inspired the genus name. Many references give as a source the Latin word Aquila (“eagle”), referring to the five spurs as the five talons of the bird. However, one of the most respected of American botanists and horticulturists, Liberty Hyde Bailey, specifically says that this is not the source of the name, but rather that the name derives from the Latin noun aqua (“water”) and the verb lego (“to gather”). He says it refers to the resemblance of the nectar-bearing petal spurs to ancient jars with pointed ends that were sunk in sand to keep the contained liquid cool.

"A Personal History of the People's Food System"